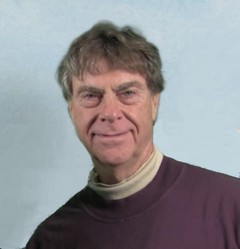 Ralph Mackenzie was born in St John, New Brunswick but has lived for most of his life in Toronto.  He has been drawing and painting in various media from early childhood and fondly remembers his father bringing pads of paper home from work for Ralph to use.  His formal training in painting consisted of private instruction during high school and his studies of fine art and freehand drawing in the School of Architecture at the University of Toronto.
From the first childhood sketches, Ralph’s motivation has been to capture in a picture that which he found exciting, dramatic or otherwise exceptional … something, which for an instant, raises the viewer’s life out of the ordinary.  In essence, this is an attempt to capture a special moment in time.  Originally, these moments were found largely in depictions of sporting events but later, more subtle but no less significant qualities were found in the faces of unique people or in a momentary quality of light on the landscape.  And yet, after a lifetime of playing and watching many sports, he still finds the crucible of competition to be a deep well of excitement and worthwhile emotion.
Through the years, Ralph has worked with oil paint and with both chalk and oil pastels but he currently works with acrylic paint because of its extreme flexibility and permanence.  Paintings range from small studies to canvases of 24”x 36”.  His work is represented in collections in England, the United States and Canada and has been published in the form of limited edition prints.